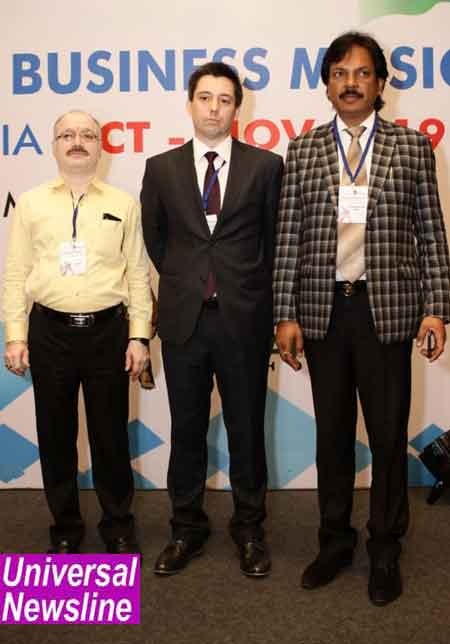 For the first time in the Indo-Russian trade history a Press Meet was organized by the Russian Timber & Wood Processing Companies and the Indian Timber and Wood Associations to apprise the media about the huge potential of trade in the Timber and Wood Processing world between the two countries. The PC was held at a suburban five star hotel near the Mumbai International Airport.

"The Russian delegation is led by about Russian Timber & Wood Processing Companies who were present with their teams and are astonished by the business prospects as announced by their Indian counterparts. Once these parties have interacted with each other personally, it would be easier to extend further co-operation between the two countries," mentioned Paval V Komarov.

Prabhat Ranjan Dubey, CMD of The Maharaja Log Homes was upbeat about the prospects. "This is the first time that such a meeting and a Press Conference is held in Mumbai between the Russian and Indian Timber and Wood business. I am highly satisfied with the response meted out by our Indian corporates which is very noteworthy," revealed Prabhat Ranjan Dubey.

"The Russian Timber, especially the Birch plywood is on par with the other Ply manufacturing companies the world over. Infact the Russians have a competitive edge above them all with the superior Birch wood being imported in India," mentioned Anuj Jina, Export Sales Manager of Sveza, the world leader in Birch plywood production.


Galyna of Steadifilms was the interpreter between the two delegations. Steadifilms is based in Mumbai and provides Russian actors to the Bollywood film industry. It also facilitates the Indian production houses to shoot their films in Ukraine.

Abdul Qadeer facilitated the media's interaction with the Russian Delegation.
at 11:53