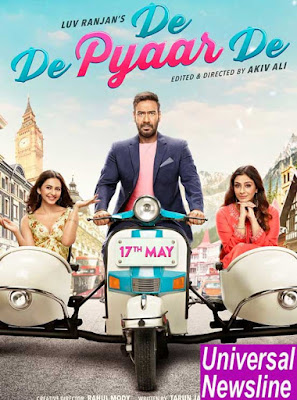 As the film starts Rakul Preet pops up in the isolated life of Ajay Devgan like a cherry on a melting ice cream to begin a very unconventional relationship.

Rakul works in a so called ‘Bar’ somewhere in UK, as a waitress where she can take as many free days as she want and can always join back. Both of them have an age difference of twenty four years according to the film but that’s how a modern love in a modern society needs to establish.

The new cult cupid does everything which a bollywood regular couple takes as their duty. They dance, they sit on a bridge and look at the lake until one among the lovers throws some cheesy romantic lines, they eat in fancy restaurant and as it always happen to bollywood love stories happening in foreign land, as usually they gets attacked by lunatic foreigners including a creepy black criminal until our hero doesn’t do some herogiri to impress the heroine. And if you have a hero from Singham franchise no matter how old and pitiful he is in the story, he can still punch a bunch of bad boys in a spell on high note background score of his old franchise.

However, all these terrific moments develop their innocent modern love to its pinnacle. But one day when they woke up from the scripted romance they realize that this relationship is weird and has no absolute future. Then what, they departs but as according to bollywood theory of love, in the immense force of their scripted memories they badly miss each other and Rakul Preet being a young, gorgeously hot, carefree loner goes back to daddy hero.

Eventually, both of them decide to continue in their romance and to move the story Ajay Devgan decides to go back to his hometown in Himachal where his ex wife Tabu lives with his parents and two psychedelic children.

When the platonic lovers reach to family house, we get introduced to agitated daughter of Ajay Devgan. She hate her father quite bad as audible in her high pitched screams while his son fall in love at first sight with his father’s girlfriend.

Beside Tabu gets in a sweet cold war with Rakul Preet meanwhile certain well written humorous scene in the film moves the weak story.

Apparently in the end Tabu get laid with her ex husband and when it comes in the knowledge of Rakul, for the first time in her life poor twenty six year kid get really serious, so she leaves Ajay Devgan and goes back to her so called ‘Bar’ but surprisingly Tabu being a melancholic nymphomaniac and ex-wife still flew on a high speed trip to UK and clears the concept of true love to Rakul by explaining the valid reasons of getting laid while being in modern love.

Therefore, in the next shot Tabu gets this chick back from UK for her one and only, lovable ex-husband.

And now it’s Ajay’s chance to visit Rakul’s family but before that, good movie ends.

Film is a series of scenes with only tons of situational comedy. No special directions or cinematography skills are considered in the film. Like all other films from the makers this one is too a Rajdhani Express of well written scenes.

Ajay Devgan appears immensely cute in his character and it always felt that a simple, shy, separated old guy like him deserves this completely mad younger girl. 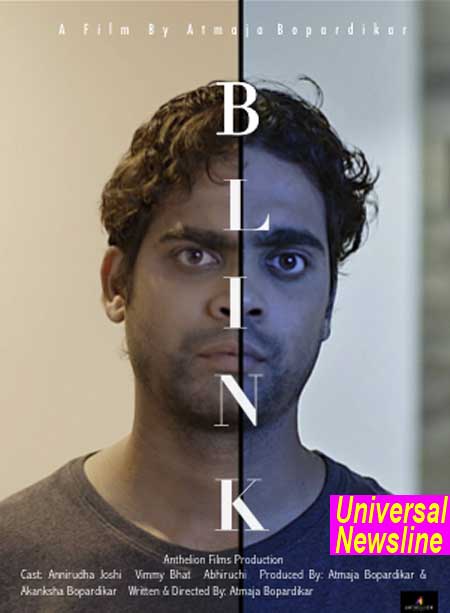 Blink is a short sci-fi film that immediately creates a labyrinth in the brain to slowly sneak you inside a complex situation where main protagonist is casually tele-porting in time.

He chooses to travel in the future to his little daughter in the alternate reality of parallel world and at the same time he is with his wife in the actual present. His wife after a period of time starts taking him as a complete lunatic because she can't understand his gateway into the future.

Beside it is a sci film which heavily runs only on a sci-fi story and rather not being fueled by unwanted heavy after effects.

Blink is a clever sci-fi film of an innocent filmmaker who want to play around with the brains of her audience. Film closes with an open end to left its awestruck audience in the void between real and unreal.

This short film was presented simply and it lacked production design. However tight frames and camera angles have blessed the arc of the film.

Background score worked as a catalyst to the film as I didn't felt it much but I still knew that it was always there.

The beauty and the strength of the film is its narrative which will be always different for every single audience.

A sweet little experiment which opens the surreal realm of filmmaking at a blink.
at 07:00 No comments: