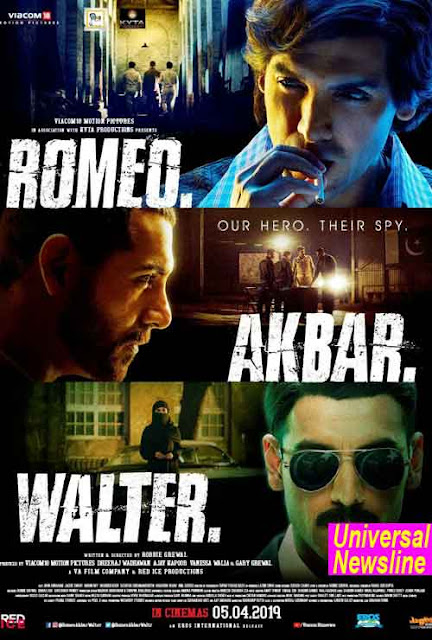 Like most Bollywood films RAW is also a cliche which is driven by over explanatory dialogues rather than a self explanatory narrative. John aka RAW is almost hateful in the character of Romeo with swollen no beard deadpan face and the blame not only goes to his clean cheeks with seventy's dead locks but also to his frozen acting skills.

Though he is quite acceptable in the avatar of Akbar but again in the end you only see John acting. On the day of the release of trailer of Joker by DC we in audience get to meet another Joker of Bollywood Walter. A character on whom even director of the film haven't had much of the interest, it seems he was created to somehow give a stupidly-surprising finish line to the impossibly cool exaggerated narrative.

Cinematography in the film seems updated but lack of good creative shots makes it void.

Unnecessary in-comings of back to back songs was felt like a disease which corrupted the already sick narrative.

A failed and another unnecessary attempt to create a romantic buzz between John Abraham and Mouni Roy. In fact the entire character line of Mouni has no purpose and still she was sent to Pakistan as an Ambasador, maybe just to romance with our RAW hero.

Whatever action happens in the film, Jackie Shroff has to necessarily explain it to his junior colleague because maybe Raw chief think audience is dumb enough. Phew!!!

Pakistan cops, army and politicians are so imbecile to be easily puppetered by RAW as when John aka Akbar after being a fugitive entered into head office of Pak Police , he was easily accepted as a member and permitted to conduct Badlapur operations. Seems like Pakistan have never had confidence on its own officer. Just to drop a bomb why the hell they need an ex raw Muslim agent.