A Revolutionary History of Interwar India

Kama Maclean’s ‘A Revolutionary History of Interwar India’ gives a fresh perspective to the freedom struggle through the lens of image, voice and text. 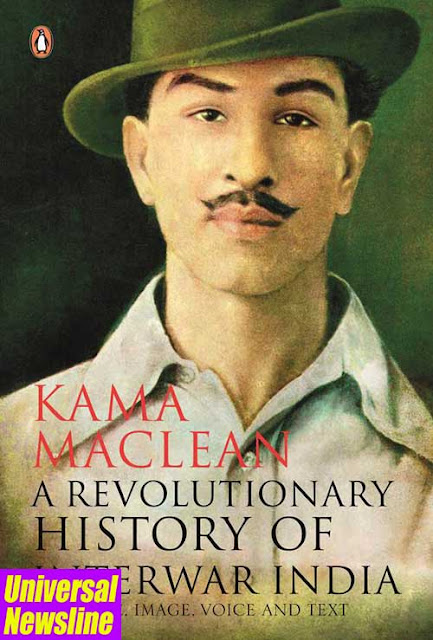 This book delivers a fresh perspective on the ambitions, ideologies and actions of the Hindustan Socialist Republican Army (HSRA), formed by
Chandrashekhar Azad and Bhagat Singh, and inspired by global opposition to imperialism.

Drawing on a range of evidence, including recently declassified government files, memoirs and interviews with former revolutionaries, and by analysing photography and visual culture of the period, Maclean foregrounds the complex engagements and relationships between the HSRA and members of the Congress, demonstrating that they were far less antagonistic than has been imagined.

Mapping the revolutionary actions of the HSRA alongside the nonviolent agitation of the Indian National Congress in the interwar period, Maclean draws an enthralling portrait of an organization whose contribution to the struggle for independence was fundamental.

The Author:
Kama Maclean is Associate Professor of South Asian and World History at UNSW in Sydney, and Editor of South Asia. Her book, Pilgrimage and Power, was awarded an honourable mention in the Ananda Coomaraswamy Prize (2009).
at 13:49