33  the bravehearts of the brotherhood 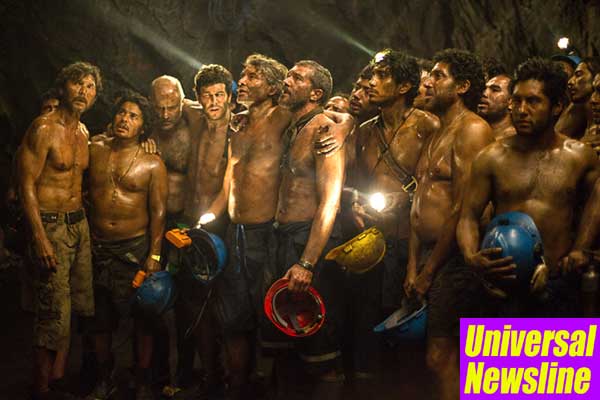 It is a true story about 33,miners who were trapped in an unstable mine for 68 days in San José Chile .

the movie though a true story is beautifully crafted .
It opens with the miners a motley crew of family men , drunks and happy go lucky men enter a mine which is under an unstable mountain.

Gradually which starts shifting thus trapping the  33 men inside the refuge area built at a depth of 2000 feet or 700 meters in the womb of the mountain.

How these men survive on ration which was enough only for 3 days making it last for 17 days with strict rationing.

How they live for each other down under with no hope of rescue or survival where as on the top how the mining minister like a lone ranger is fighting the system and odds to get them out. It is a story of hope in hopeless situation , of keeping faith in oneself and the lord above.

It is also about the true grit of all the players involved above and below.

A class acting and touching your heart strings it drains you emotionall and that too without going over the top, a great piece of work which brings the true events back to life with a story told as it is.
at 11:37