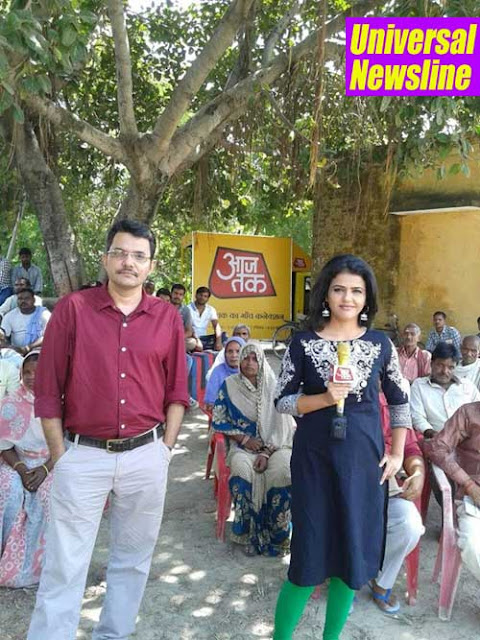 India’s No.1 News Channel – Aaj Tak, takes its pioneering spirit to Rural India with the launch of "Aaj Tak Ka Gaon Connection" a special series tailor-made for the rural audience connecting India and Bharat like never before.

Rural India is a large, underserviced market amounting to around 70% of India’s total population (Census 2011)and contributing to about half of the India’s GDP. The villages in India play a crucial role in not just making or breaking governments but also play a defining role in the economy and growth of the Nation as a whole. The rural audience is going through a metamorphosis and is changing at the sociological and cultural level. Yet, TV news content currently caters to a largely urban audience.

Aaj Tak will give a voice to rural India with Aaj Tak ka Gaon Connection, which will provide a full spectrum of rural news - from hard subjects to inspirational stories, problems, issues and a perspective that is fresh and uniquely rural.

The show will be hosted by senior journalist Neelesh Misra who is also a leading lyricist & scriptwriter in Hindi films, author of seven books, founder and editorial director of India’s first ever rural newspaper Gaon Connection, anchor, speaker, and above all, India’s most loved storyteller.

Commenting on the initiative, Mr. Ashish Bagga, Group CEO, India Today Group said, "The launch of ‘Aaj Tak Ka Gaon Connection' is just another step that underlines channel’s thought leadership and the consistent effort to break new ground. The series will fill a long standing void that this vast audience base has been feeling".

The series will not  only keep rural India updated on issues that matter but will also give a glimpse of their world to the viewers across towns and cities.
at 01:13