RED Trailer to be out this Gandhi Jayanti 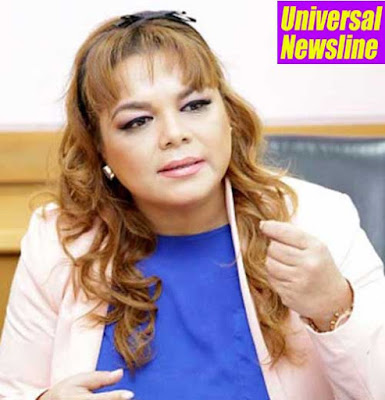 Filmmaker Nandita Singgha who is better known as MICHELLE outside India has 2 Releases in 2016 namely RED and J RETURNS.This has been confirmed by the Director Michelle herself regarding her 4 movies namely RED, J Returns, MEGACORP and Mid Dey. Michelle was highly inspired by Michael Dell to become a Technology Entrepreneur at the tender age of 13 and she ventured into filmmaking 2005 onwards.

Apart from being the Director for RED the Story,Screenplay and Dialogues for this Hollywood Gujarati movie RED is also by Michelle herself. Michelle after completing her Mumbai schedule of J Returns is presently busy shooting for Red in Gujarat and this will be the First Hollywood movie ever in the history of Cinema to showcase Gujarat Tourism Worldwide!

The RED Movie Trailer will be Webcasted worldwide via Live Streaming on the occasion of the Father of The Nation Mahatma Gandhi’s Birthday on 2nd October 2015 as a Tribute to Mahatma Gandhi . RED is based on the Life of 6 Crime Journalists who adopt the Non Violence Movement initiated by Mahatma Gandhi ! So RED will be First slated for release in February 2016 followed by J Returns which is scheduled for September 2016 release.Both these movies are in co production with a U.S based Hollywood Production House.Thus this RED movie dedicated to Mahatma Gandhi and Indian Journalism will take the entire world by storm as it will portray the greatness of Indian Journalism to the World never witnessed before !

Michelle has even shortlisted Hrithik Roshan for Hollywood movie MEGACORP after seeing the FANS Poll Results response where Crores of people viewed not only in India but overseas as well which resulted in more than 1 Lakh shares in the poll conducted by a renowned Bollywood website (Bollywood Life). Michelle said,” This reconfirmed my faith about Hrithik Roshan’s popularity in India as I had already referred him to the Hollywood Production House after watching his latest ad film of Mountain Dew with the tagline Dar ke aage Jeet hai .I strongly felt that Hrithik should have been in Hollywood long back as he can add value with his freshness in Hollywood movies. MEGACORP will be shot in Namibia from December 2016 onwards and 80 % will be completed in One schedule itself. Hrithik’s details and ad film video have been sent to the Hollywood production house for approval and consideration and accordingly if everything works out I too will join them in US.”

The Hollywood production company is extremely happy with Michelle. The shooting location for MEGACORP does not have proper facilities for boarding and lodging since its a realistic location and is located in a remote location in Namibia but Nandita Singgha says we are here to meet all challenges then only the true incident based movie MEGACORP with entertainment value will be liked by audience worldwide. Let’s wait and watch what’s there in store for this film project. The Hollywood production house based in US will announce formally the entire Cast & Crew in October 2016 before the shoot starts as part of marketing and publicity campaign. She reiterates, “In the MEGACORP movie I am only the Director and all decisions are taken by the Hollywood Production House.”
at 14:59