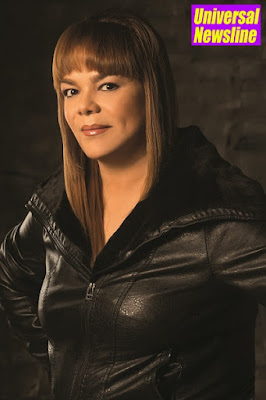 Everyone is not blessed with a silver spoon, there are only a handful who create their own destiny. Nandita Singgha is definitely one of them who was born on  this planet on 27 th July.

She was highly appreciated in school in U.S at the age of 5 itself for making a dummy radio station to communicate with her group of friends.Thus at the age of 5 years the spark was ignited within her to make her mark in the field of technology ! It was only at the tender age of 13 when she won the World Debate Competition at Durban and received scholarship of 30,000 US Dollars she convinced the Sponsors 3M (VSD Division) and MOTOROLA Wireless Communication to train her to become a Technology Entrepreneur.She believed that if Michael Dell, Founder of DELL Computers could start his business venture at 14 Years then why not her .

The child prodigy became one of the inventors in the field of Video Conferencing technology in times to come.There was no looking back as she went on to receive various technology awards worldwide including the Best in Marketing Technology solutions. Then she made her mark as an ad filmmaker by doing 430 ads in the Digital Content Sharing space starting from 2005. Trained by inventors, Nandita Singgha rose up to become another inventor but added cloud computing , webcasting, which was ahead of US and JAPAN and even others worldwide. In fact she had advanced 4 years ahead of their technology . She customized Audio 4K to make audio more crisp and this is still not available by any inventor worldwide in the field of Video Conferencing.
She focused on customized solutions as per the organization applications and solutions on their network. Being ahead of time with others in the race she received an award from IDG Media group of magazines worldwide,a US based company for the "BEST IN ENTERPRISE" solutions last year in 2014 in INDIA. Nandita Singgha's parents who are from creative theatre and direction field wanted her to start movies in English and Hindi and create the same impact . They always wanted her to be in this field but Nandita Singgha believed that she should first focus on preparation and then churn out movies so she simultaneously started delegating her work to her CEO and CFO along with the company's expansion plans and started focusing on only launching new products as a technologist and inventor.
After 3 years of hard work in films and film related work she announced her project on 8 th March 2015 on Women' s day and now she is working on various film projects simultaneously. She always believed that film making is a social responsibility and we should be extremely professional and dedicated to our vision and mission. Her company was ISO 9001-2008 certified from TUV - SUD Germany . She believed that under their supervision to maintain quality services and products and films it would give a new outlook to the company to operate at best international standards and there should always be a third party opinion to make us more aware as to where and which area we can improve gradually with international exposure and work on the strengths of the organization. She firmly believes that the more we receive knowledge the more we become stronger than before, that's the very reason she introduced co- worker approach within the organization and made each one of them more responsible to achieve the desired target .
She feels that film industry is like her first home and specially after her parents expired she opened up more emotionally and professionally as a person. She has started a revolution and rage in journalism by focusing on movies based on crime journalism . This has boosted the confidence of Indian Journalists who are the real Heroes of the society. She has already Produced 11 South films and one Bollywood film till date.
Now she is all set to Direct Hollywood, Bollywood and regional films starting with Red and then followed by J Returns, Megacorp and Mid Dey.
On the occasion of her birthday this year she has been invited by the Gujarat Technology University(GTU) as a Technology entrepreneur and Youth Voice Worldwide to motivate the Youth of India .Nandita will also launch the #GetConnected campaign  in Gujarat on her birthday 27th July 2015 and even announce the star cast of her Hollywood Gujarati movie RED .
So we wish the Youth Voice worldwide and the World s first Technology entrepreneur making Crime Journalism movies,
NANDITA SINGGHA  we, at UNIVERSAL NEWSLINE wish you a Very Happy Birthday!
at 11:39