Grasim Revs up the Style Quotient of the Indian Super League 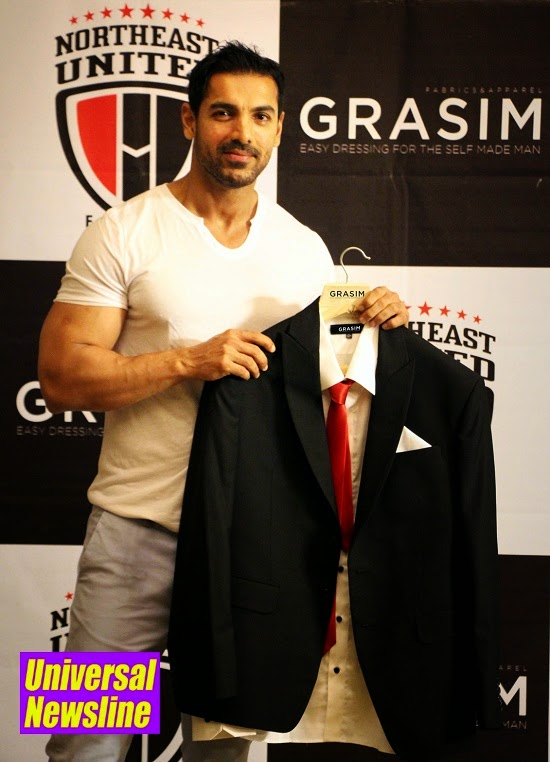 As part of their official gear, the team will be seen donning the classic black suits by Grasim.  Competing in the inaugural season, the team is owned and operated by Bollywood actor and Grasim’s brand ambassador John Abraham and I-League club, Shillong Lajong.
Mr Abhijit Ganguly, Brand Director Grasim says, “We are proud to be a part of this initiative to promote the spirit of sports and bringing together the untapped talent from the North East. Grasim stands for the self made man and we are privileged to support the team who are contending for the prestigious title.”

The highly anticipated Indian Super League which features eight franchise teams from all around India will begin from October 12th. The league will run from October to December, with a finals series determining the champion.

"I always had a fascination for football and North East. When ISL process started, we decided to have the team Guwahati or else we would have stayed away. By naming the team after the entire region, we want to project the eight states as a force to reckon with in Indian football" explained John Abraham, co-owner of Northeast United FC and Brand Ambassador of Grasim.

About Brand Grasim
Brand Grasim, part of the Aditya Birla Group, is one of the dominant players in the ready-to-stitch over the counter fabric industry.  Grasim has also ventured in to ready-to-wear category by launching readymade garments through distribution network & its exclusive showrooms. Today apart from an elaborate and well-established pan-India distribution network of 150 dealers and 10000 multi-brand outlets, Grasim has an all-India presence through 120 premium stores.