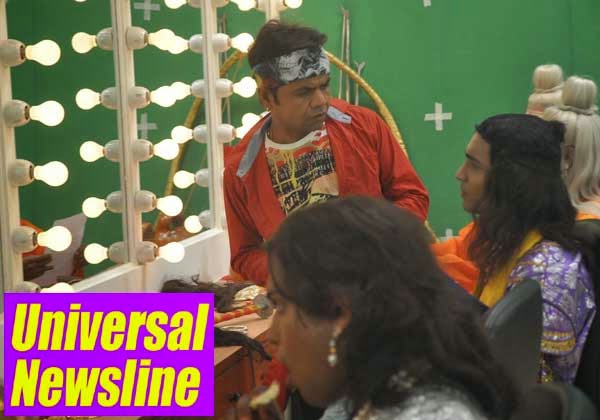 
The film is directed by  debutant director Surendra Verma who has earlier worked as a chief assistant director with ace film-maker J.P. Dutta. The cast of the film also includes Manoj Joshi, Rajpal Yadav, Sanjay Mishra and Upasna Singh and Character actor Tinu Anand. It is slated to release this October.
Present on the sets were Siddhant Singh, Rajpal Yadav and Priti Sharma. Speaking on the occasion Siddhant Singh said that he was very upbeat about the film, it is his debut film and he  is playing the role of a young man who comes from Rajasthan to Mumbai with stars in his eyes to become an hero in Bollywood films. Of course he goes through the tough life of a struggler and i disillusioned by the smart conmen in Mumbai. The movie keeps the audience entertained and yet shows the realities of life when people fall in the trap of get rich quick.

Rajpal Yadav, he said that once he gets inside the character he is able to give his best and is able to keep the audience laughing with his refined sense of humour. This is one film that he has enjoyed the most.

Priti Sharma said that she is loves the film's mind blowing music. She said that all the characters in the film have a strong character and important roles. She herself is playing the character of Anusha who is an RJ. She is very strong and active girl who knows how to handle herself in this city. The film is not only a comedy entertainer but also has a story and a message to the audience, not to be greedy and fall prey to fraud people offering schemes to get rich overnight, there is no substitute for hardwork.

The story of the film is well blended with the Catchy music, comedy and suspense throughout the entire film. It is a mustwatch for the whole family together. .. LS
at 12:25