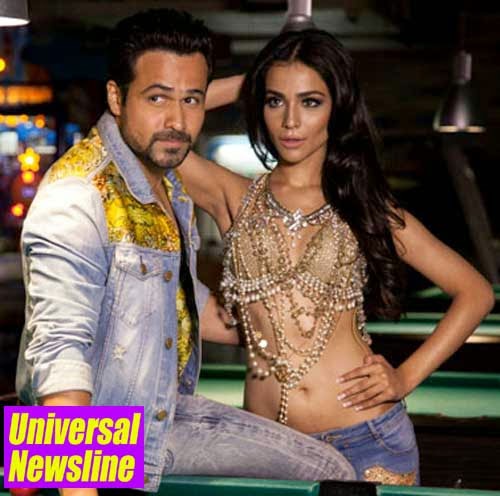 The movie begins with Raja (Emraan Hashmi) playing a street con The Three Card Monte to lure unsuspecting customers with Raghav (Dipak Tijori – old and obese) as his mentor and enhancer.

Everything is going fine until Raja decides to do a few big cons and retire and drags Raghav into it, they con Vardha Yadav’s goons (K.K. Menon-menacing) off rupees 80 lakhs. Raghav is promptly bumped off and search is on for his partner in crime.

Raja wants revenge of Raghav’s death and seeks help of a big con artist of yore Mr. Yogi (Paresh Raval-subdued) holed up in picturesque Dharamshala in Himachal Pradesh, he takes Raja under his wings and an elaborate con is designed to finish off Vardha financially it also involves an auction for a CL T-20 team (Vardha loves anything cricket).

There is also a parallel track of two corrupt police officers trying to usurp the proceedings. It is any ones guess who out cons whom.

A good screenplay on a feeble storyline keeps you gripped in a few places. Natwarlal refers to the famed proverbial Indian con artist who sold parliament .

The focus of the movie is on Emraan Hashmi and he basks in its glory in his trademark matter of fact style others take a backseat.

Humaima makes a glamourous debut with three kissing scenes thrown in. How people will react to her new avatar in her country is to be seen.
at 10:15