New Delhi, July, 2014: Recognized as the centre of learning and knowledge since ancient times, India has produced some of the world’s most eminent scholars and thought-leaders over the ages. Today, the country has one of the largest higher education set ups in the world along with the USA and China, and boasts of educational institutions that have produced renowned scholars.

Yet, its potential as a global education destination remains somewhat underutilized due to several factors. A lack of an international platform to certify Indian institutions and absence of aggressive campaigns in this direction are among the reasons.

With this lacunae in mind, SkillTree Knowledge Consortium has launched the first of its kind initiative to identify and recognize Indian educational institutions that make a global appeal. And there is no dearth of such institutions.

The ‘SkillTree Great Place to Study’, an initiative aimed at putting a renewed spotlight on India’s education sector, has succeeded in positioning some of the selected Indian colleges and universities as proven leaders on a global platform. The first international education convocation of its kind in London to profile some of India’s most renowned institutions in the sector, certified 20 Indian educational institutions with a ‘Great Place to Study’ honor. 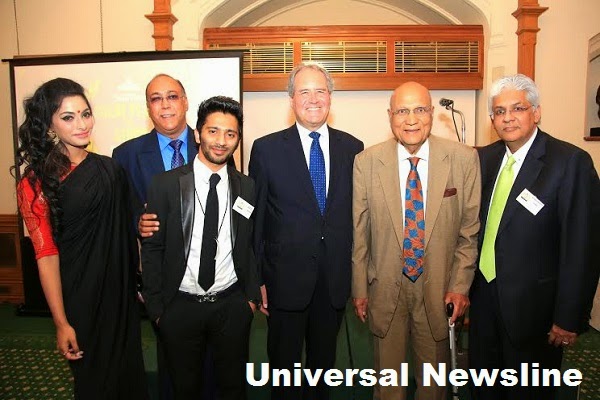 SkillTree Knowledge Consortium is India’s first syndicate of private universities and institutions in the country, and a thought leadership communication strategy firm that aims to promote India as a global destination for education.

“Skilltree Great Place to Study is an international academic auditing and research wing that studies, recognizes and creates great institutions of international standard. It is a biannual recognition and India’s only international award and felicitation platform. We have a thorough scrutinizing process of rigorous research and auditing, & a dedicated jury that goes about its task scrupulously. To ensure that the credibility of the process is not compromised, there are also in place high-end transparent benchmarks for the selection of institutions. Our objective is to highlight institutions that offer excellent world class education. This was our first certification ceremony,” elaborates Mr. Shekhar A. Bhattacharjee, Founder, SkillTree Knowledge Consortium, on the aims and aspirations of ‘SkillTree Great Place to Study’.

This will be the first international education platform for India which is known to produce world class techies, engineers, IT experts, doctors as well as thinkers.

Renowned since ancient times for being a leader in knowledge and learning, India today is regaining its glory on the educational front. With one of the largest higher education set ups in the world, India churns out an estimated 50 lakh graduates each year and boasts of 35000 educational institutions.

SkillTree Knowledge Consortium is an organization engaged into higher education advisory, spreading knowledge and sharing ideas through research and publication, television series, conferences, talk shows and learning theatre. The ‘SkillTree Great Place to Study’ India edition has been sponsored by Lavasa Corporation, with a long term aim to make India counted as a global destination for higher education.

“India has great potential to become a global education hub for people from different destinations. Already, a number of students from our neighboring countries as well as several African nations turn to India for higher education. This country has a share of approximately 8% of the global student market with somewhere around 200000 students having decided to pursue higher education in India. ‘SkillTree Great Place To Study’ initiative is aimed at magnifying the appeal of India by giving Indian Institutions an international platform. India's higher education system has exhibited impressive growth over the past two decades. The private sector has played an instrumental role in this growth and can be credited with the establishment of some globally renowned institutions that have established state-of-the-art infrastructure and impart world-class education,” says Miss Arvina Purkayastha, COO, SkillTree Knowledge Consortium and Editor, Great Place to Study.

“In ancient times, India was recognized as a leading centre for education in the world. Gradually over a period of time the country lost its pivotal position. Today, a number of favorable factors are once again at play which will propel India to the position of a global education hub. One of the many endeavors to promote higher education is taking shape at Lavasa, the first of India's 100 new cities. Being developed as a premiere education hub, the city is slated to host 50,000 students across the many education institutes based here. ‘Great Place to Study’ is an excellent platform for promoting Indian education institutes which are growing in stature and to showcase what India has to offer in the education space. Hence we decided to support this pioneering initiative,” says Mr. Nathan Andrews, President and CEO of Lavasa Corporation Ltd.
at 04:24