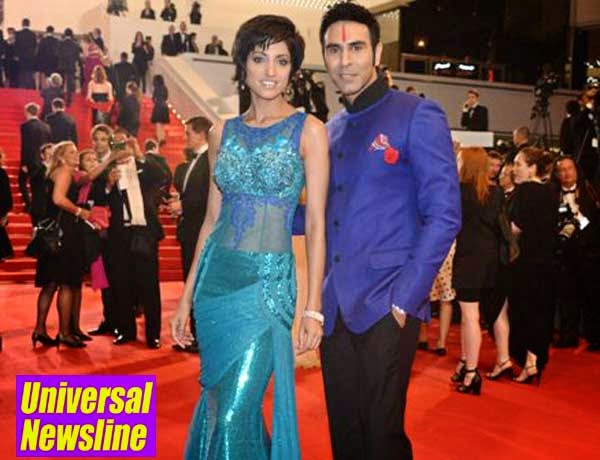 They has been especially called to give a talk on 'Trends in Bollywood Dance' where Sandip and Jesse will not only talk about how producers in Bollywood invest millions of dollars to shoot just one song in Hindi films but also dance and show how dance has evolved and changed in Indian cinema today.

Mr. Carl Tooney, the director of MIFF, extended this invitation to them after the choreographer's successful lecture on dance at the Cannes Film Festival in May this year. Speaking on the invitation Mr. Tooney said ' I am glad that Sandip and Jesse have accepted our invitation and we are not only looking forward to their talk on Bollywood Dance but also awaiting to have them on our red carpet.'
For his talk and for the red carpet appearance the celebrated choreographer will be dressed in designs by his all time favorite designer Deepak Shah of More Mischief and India's ramp tigress Jesse will sizzle in designs by Rohhit Verma and Gaviin Miguel. They will be wearing exquisite diamond jewelry by Dev Balani of Malkish Jewels.
The team of MIFF has been busy preparing for the talk by the beautiful couple from Bollywood on 18th Julyin Madrid. Through his talk Sandip will discuss the importance of dance in Bollywood cinema including its changing trends, evolution, current scenario in dance along with its commercial point and also explain how a dance is pictured in Bollywood. This is an exciting opportunity for all Spanish fans of Sandip and Jesse to experience the two international dancing superstars. they both will be in the beautiful city of Madrid for a few days and will be walking the award ceremony and the red carpet on the 19th of July at the Madrid International film festival awards ceremony at 5pm.

Sandip Soparrkar said, “It was wonderful moment for Jesse and me when Mr. Carl Tooney, the director of MIFF invited us for the famous Madrid International Film Festival and we are elated that we are getting a superb opportunity and  an amazing platform to popularize Bollywood dance at a festival like this where the world cinema comes together."
at 02:01