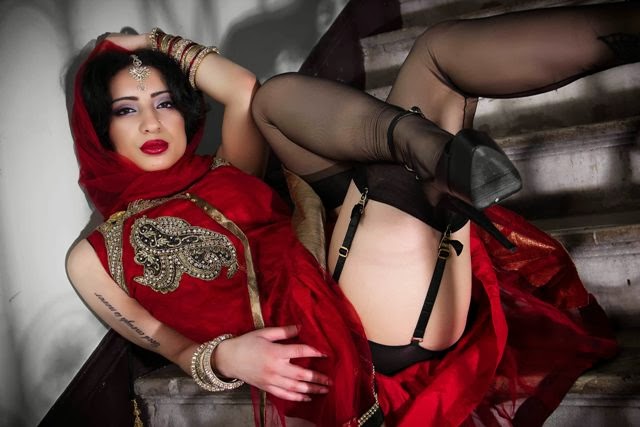 When Playboy term gears up We see the hotties on screen and immediately undress them with our eyes. These actresses acknowledged that and decided to show the world the real thing via the best known way to bare it all for Playboy Television, of course. And they definitely don’t disappoint!.

When Playboy ladies names get listed nobody could better begin with Playboy Television gallery than the biggest sex symbol of generation Shanti Dynamite.  Playboy popular TV star Shanti Dynamite who hosts adult chat show in UK seems to know the success mantra and is ready to carve her own way in the Bollywood. She has oozes oomph factor, she raises temperature in her shows and she surely has the body & curves to rule the Bollywood. After all the hoopla over indo Canadian porn star sunny Leone coming in Bollywood and now the turn of Playboy girl Shanti Dynamite entering into Bollywood. The curvy shanti dynamite of Playboy will be seen flaunting her sexy toned figure in upcoming Bollywood film.

Shanti Dynamite said, “I grew up while going to the Gurudwara’s, eating Indian dishes, wearing Indian clothes and watching Bollywood movies. While growing in Indian culture I fell in love with the world of Bollywood. My all-time favourite stars Amitabh Bachchan, Rekha, Sridevi, Salman Khan and Shah Rukh Khan and now I am going to be part of this great industry, I feel blessed.”

Shanti Dynamite was born to a Punjabi mom who hailed from Jalandhar and she began her career as a teenager, starting as a glamour model on the popular hotel Voyeur, A UK based topless show.  Shanti’s Spokesperson Satish Reddy said “Shanti is a very good actress and a wonderful person. She is very beautiful and perfect for Bollywood. She is getting a lot of offer from many well known producers and directors, but she is waiting for a right script and had not signed any movie till yet”.
at 01:49